Purchase the entire Elixer trilogy in this complete bundle to save 60%.

There are 5 categories inside:

Each category contains a selection of presets (snapshots). There are 199 of these snapshots available in total. You can use the snapshots as a starting point for your own sound design or as instant inspiration for your compositions.

Included are extensive randomisation controls. Each page can be randomised (Voices, Modulation, Effects and Movement) or you can randomise individual voice selections.

Please note: The FULL version of Kontakt 5.8.1 or above is required - Not for Kontakt Player 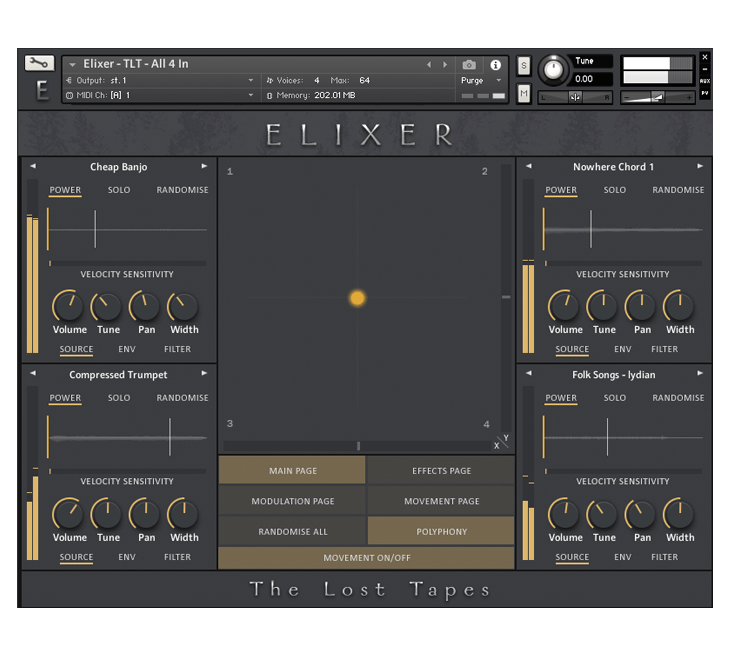 “Elixer Prepared Tape is the sequel to Elixer The Lost Tapes.
However, instead of using synthesizers, this time around only old audio recordings were used. The result is a diverse, unique, sometimes strange, sometimes quirky set of samples that are inspiring and nostalgic.

And though there has been no concerted effort to emulate the sound of the following artists, those who've been working on audio demos believed the sounds to be influenced by Boards of Canada, Amon Tobin and Olafur Arnalds. However, these artists do not endorse this library. You may hear a different artist when you hear the demos and sounds.

These sounds feature samples which are often a cross between two or more instruments (Violin+Cello, or Trumpet+Oboe, and so on)

They aren't simply "layered" on top of one another, but are actually "fused" together at the sample level. Some of the multisamples sources have this characteristic up and down the keyboard, so that in the higher registers you may hear a cross between a piccolo, trumpet and oboe, but in the middle register, there is only and oboe and trumpet "fusion" - depending on the patch, this may be different. This is also not an exact science, so there is a great deal of variation in how this process is manifest.*

In addition, the decision was made to make an alternative "reversed" NKI for each and every NKI (including the new Hybrid one).
So 11 total NKIs have been added (including the reversed ones).

240 snapshots have been added in total (not including "default" snapshots).

In addition to this, 47 snapshots in various categories have been added by Paul Lebkuchner of Sound Aesthetics Sampling! (they will be designated by a "P -" in the beginning of the snapshot title.)

There have also been 10 new beautiful and compelling Multis added (utilizing many of the new sounds).

Requires the Full Version of Kontakt 5.8.1 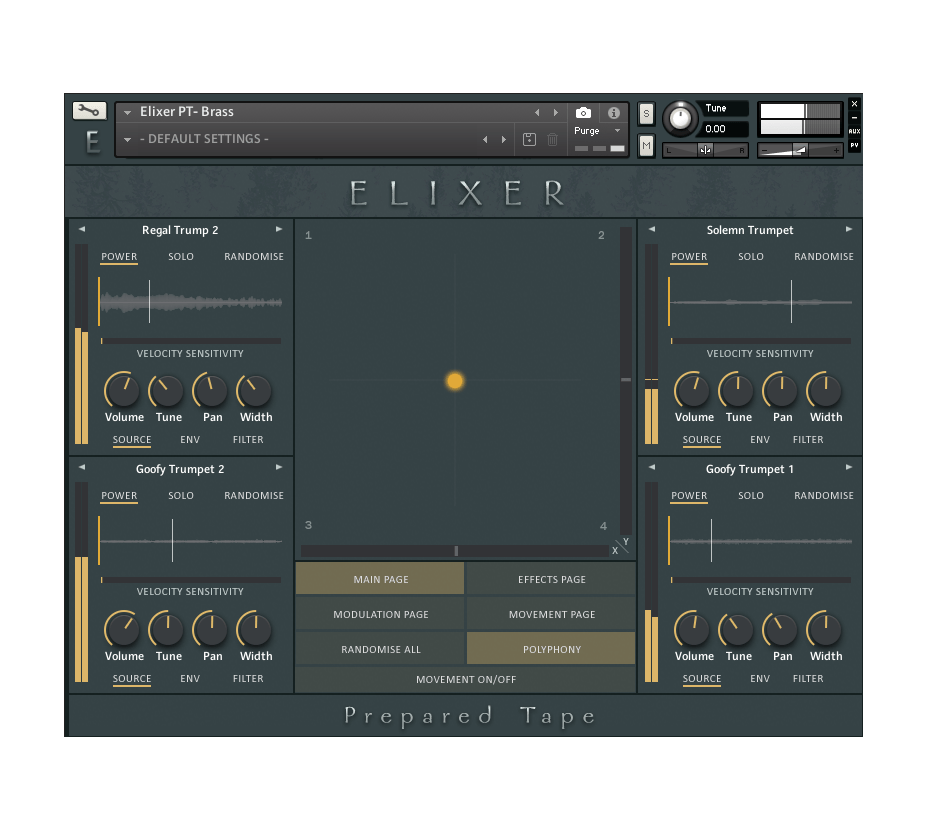 Elixer: Laid in Earth is based on old recordings of the Opera “Dido And Aeneas” by Henry Purcell. Though it is smaller than the previous two Elixers, it still packs a lot of value and potential.

There is a haunting quality to the sounds, and you can go from somber, sad and lonely, to whimsical, strange and quirky without much effort (among other genres). And of course the overall lofi nature of the sounds and effects can take you a lot of places.