Buy this product and earn
90 Credits
How can I use my Credits?

This early 80s analogue synthesizer from Korg, featured two DCO’s with a real gritty and raw sound, coupled with a resonant analogue filter. The Poly 61 was not jam-packed with features, as with many ‘budget’ synths of the day. But what it lacked in features it made up for with bags of quirks, charm and character!

We’ve sampled the raw oscillator waveforms of a Poly 61 and also sampled many custom sounds made on the Poly 61 that make extensive use of PWM, Filter Cut-off and Resonance etc, and then added a few touches of our own along the way.

This product is compatible with Kontakt Full V5.1 or later 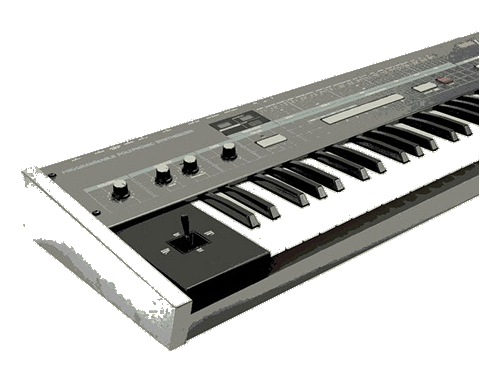 PHON 61 is a Kontakt 5.2.1 and higher instrument based on the Korg Poly 61 Synthesiser. (Full retail version of Kontakt is required). With just under 2GB of 24-bit .wav samples (compressed using NI’s compression system) taken from this classic analogue synth there’s plenty to experiment with. Create lots of new sounds, tones & patches all with the classic Poly 61 sound! Or use any of the 150 custom presets supplied with Phon 61.

The sample library includes lots of sounds made on the Poly 61, simply selected via easy to use sample select menus. All samples are streamed direct from disk.

Like all our instruments the samples are controlled by the intuitive graphical user interface (GUI). The GUI for PHON 61 was designed by world renowned GUI designer, Anders Hedstrom (aka Flavours of Lime). No messing around with loading different sections, or having to adjust Kontakt behind the scenes - you can access the whole instrument from the same GUI.

Custom instrument based on Polymoog 203a sounds