Each month on Loot Audio, we celebrate the individual stories of the music labels you can purchase via our website. This month, our Label of the Month is Hideaway Studio, and we chat with Dani Wilson to find out more about the label. 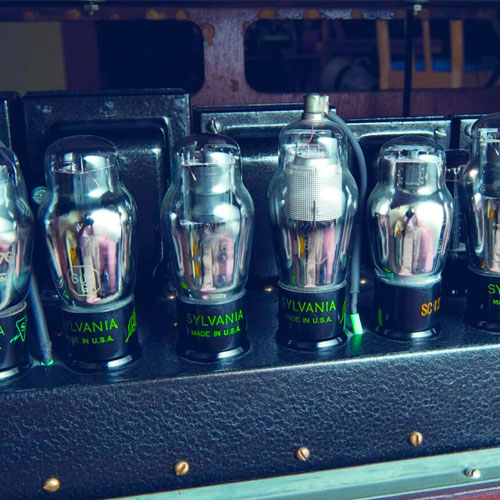 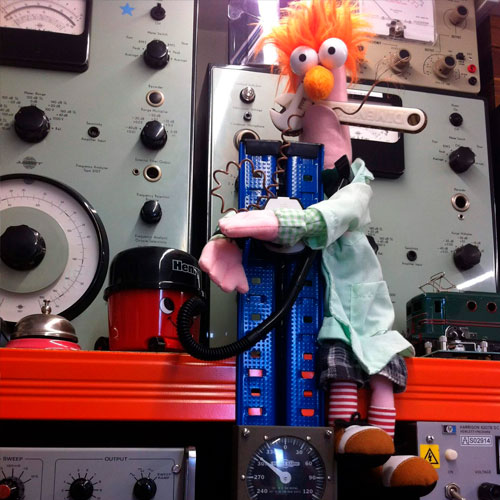 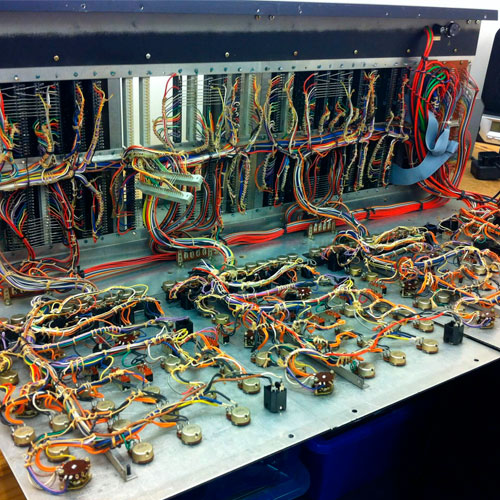 What first got you into sound engineering?

I was brought up in New Jersey in the 70s. One of the earliest memories of a sound that intrigued me was the strange effect of what turned out to be a large circular saw in the distance cutting winter firewood resonating through a spectrum of ghostly shifting harmonics as the blade spun up and down, and the muffled Doppler shift from single-seater planes flying over our house. It's funny how these early memories stick our minds, and for me, they turned out to be influential for sure.

My late father was a theoretical research scientist in physics at the famous Bell Laboratories in Murray Hill, working on what became the field of High Temperature Superconductivity. The really cool bit for me was that he was based on the same site that the UNIX operating system and C were being developed, and Hal Alles and Max Matthews were working on their early digital music synthesis techniques. I was occasionally taken around labs full of equipment in awe as a kid, and being surrounded by tech was to become the theme of the rest of my life.

Many years later, I discovered the direct link between the guys at Bell Labs with Wendy Carlos and Stanley Kubrick, and all of a sudden, it was like my love of films, film scores, computing and computer music collided!

How I finally ended up in sound design is a tale of a number of things lining up in my life. Having been an electronic engineer with 25 years of test and design work under my belt, I eventually decided 9 to 5 life wasn't for me anymore. My love of electronics and a passion for electronic instruments fused as one, and I took the plunge and setup on my own as a vintage synth engineer, eventually working for a number of artists and producers. This has proven very fortunate as it has exposed me to a vast amount of vintage studio gear and old tube-laden test equipment, which have very much formed the raw material for my sound design.

I'd already discovered, rescued and was well underway resurrecting the ¼ ton beast that is 1938 Novachord No.346 when I was approached by Stephen Howell RIP aka Hollow Sun, in August 2009. We soon realised we had a very similar approach and taste in sound creation. Stephen and I quickly became good friends, and he was convinced I should have a go producing some Kontakt instruments of my own, drawing on my love of vintage electronics. To my delight, shortly after the Novachord restoration and our efforts to sample the beast, I was approached by Jean-Michel Jarre and Claude-Samard. They invited me to design some custom tube-hybrid equipment for a new project.

I worked tirelessly on my first Kontakt Instrument (S-VX) back in 2012, which proved to be very successful and well-received. At this point, there was no stopping me, and quickly I became determined I'd work my way through gigabytes of experimental raw material I'd already amassed and started to put together a series of instruments for release, which became The Blue Zone. TBZ remains one of my most popular sound libraries to date.

How would you describe your sound?

I've always been fascinated by what a number of my friends and clients around the Bristol music scene have penned "Mid-Fi".. a sort of warm, evolving, organic, slightly broken/crusty but timeless and perhaps even cinematic sound. In light of this, I have always tried hard to make emotive instruments with natural movement that paint an inspiring sonic image. It has also been important to me that they work well layered together across libraries and are easy to play.

What inspires your sound?

The entropy of nature with all its intricacies and imperfections is something I'm utterly fascinated with. Film scores from all ages have also been a huge influence for me, with Vangelis being at the top of the list along with Eno, Jarre, Morricone, Schifrin, Tomita, Wendy Carlos, Aphex Twin, OMD, Goldfrapp, Portishead & Massive Attack, and the wonderful early tape era pioneers such as Delia Derbyshire, Eric Siday and The Beatles. Other inspiring heroes include Harald Bode, Laurens Hammond, Phil Cirocco (CMS), _BT, Air, Boards of Canada, Vince Clarke, 808 State, Depeche Mode and The Human League.

Another huge influence is a whole childhood of early 8-bit chip and tracker based computer music which is now very dear to me and has directly influenced libraries such as Aliasonix and MUSIC-5K. Karsten Obarski, the grandfather of all tracker music programs, is an all-time hero of mine!

For me, it is the sheer power of sound alone to describe a scene, movement or emotion. To be able to sonically paint landscapes and textures is incredibly special to me. Going one stage further, being given the opportunity to bring inspiration to others is one of those things that really helps to give you the strength and perseverance to complete these instruments. Anyone who makes commercial sample libraries will tell you they are a labour of love and can be gruelling at times to put together, but the results are worth it!

Where is your favourite place/the most unusual place you have heard one of your sounds?

Favourite Place: I once had the honour of spending a day with Jean-Michel Jarre in his amazing studio near Paris just prior to his first Electronica project. Having delivered some tube-hybrid equipment I was invited to design for him, JM auditioned some early sound concepts of mine with an uncontrollable grin on my face – he was smiling too! This material eventually formed parts of The Blue Zone, The String & Orbitone Collections. We've remained in contact to this day.

Unusual Place: To my delight _BT immortalised some of my instruments from Synergenesis in his awesome two-hour-long Tomorrowland OST at Disney Shanghai.

Who have you worked with? Have you done any collaborations? What has been your favourite one?

I tend to work in isolation, but my first collaboration turned out to be the beginning of a new career. Stephen Howell's Hollow Sun Novachord became the world's first sampled Novachord and my first commercial library. Stephen and Mario Krušelj went on to tirelessly develop and script an awesome series of synth and layering engines for me that have proven to work extremely well over the years. I dearly miss my friend and colleague and will never forget Stephen's generosity and determination to get me to release my first Kontakt instruments.

If you didn't become a sound engineer, what would you be doing right now?

There is no doubt I'd still be hugely into electronics and resurrecting tons of vintage studio gear but probably designing my own synths by now and no doubt creating new sound patches for them in the process, so the irony is that it would probably just be another form of sound design anyway.

What's a quote you live by?

"If you put your mind to it, you can accomplish anything" – McFly wasn't kidding.
"If it ain't broke, don't fix it!" – sometimes a hard lesson to learn in engineering!

Do you have any hobbies or interests outside of music?

What can we expect to see in future from you?

Although I admit I'm less prolific than in the early days (I was very much determined to build a back catalogue), I am always thinking of and working on new ideas for future Kontakt instruments and something a little more experimental is indeed in the pipeline.

If your label wants to get your story in front of your customers and be considered for our next Label of the Month, get in touch with our team at [email protected].

Keep up to date with the latest product releases, offers and industry news, straight to your inbox every week.

Loot Audio has partnered with top producers and developers. Earn Credits and use them for money off your orders or exchange them for Sample Credits.