Buy this product and earn
45 Credits
How can I use my Credits?

At the heart of the Bass Machine is a superb dual voice synth engine which was implemented by Stephen Howell (Hollow Sun) and scripting guru Mario Krušelj thus permitting samples from each instrument to be layered complete with independent filters, envelopes and LFO’s for each channel.

Over 50 example patches were programmed during the course of the project and are bundled with the download. 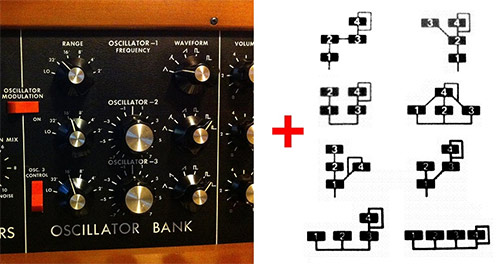 As well as a useful array of effects including saturation, Bass Machine features a number of functions well suited for bass timbres.  The unison control permits several voices to be stacked with variable detune and spread.  Similarly the glide function with legato and retrigger switches is ideal for recreating various performance styles.

Bass Machine also features an extensive velocity mapping and routing function.  The user may setup velocity map based on exponential, linear, logarithmic or S-curve laws. The remapped output is then routed in varying degrees to overall volume, filter amount, filter attack phase and VCA attack phase.  In conjunction with the significant degree of movement already present in the Moog’s triple free running oscillators and the round robins, the performance functions really help to breath life into live performances and programmed sequences.

Several of the demo patches also make use of the mod wheel via the LFO mapping function to bring in various vibrato and filter effects. 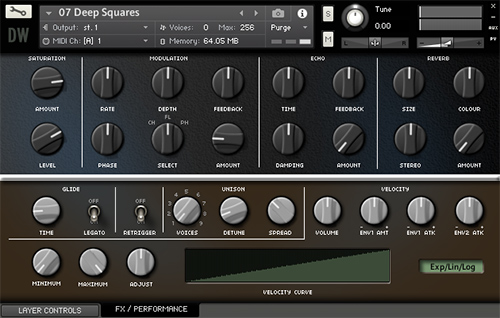 Rich sounding Basses, that's all I can say!

Go to for bass

Great for bass in a hurry - good variety of patches works well on all sorts of tracks.

This is what you get: 48 bass instruments. Clear GUI. Dual layer of analog and FM basses. All necessary and reasonable FX to tweak them. Good, fat and usable sound. To put it in a nutshell: recommended!

One of the very few synth bass Kontakt libraries I'd recommend for an analogue sound. Tasty and easy to tweak, not full of squelching basses - which is a blessing on its own.

Hideaway Studio
Now £15.05
Add to basket
The Orbitone Collection I and II

Featuring The Worlds Oldest String Synth That Never Was!…

The Little Synth That Could