Buy this product and earn
110 Credits
How can I use my Credits?

ReKombinator II is the sequel to ReKombinator - The massively popular granular sample recycling machine released in 2015.

ReKombinator II is not an update, it is a new beast altogether and includes two waveforms – both samples are combined in the playback engine. Each sample has a set of separate controllers, and a separate effect chain. For example you can have one sample play forward at half speed and the other play backwards at full speed.

The original ReKombinator is a quirky and enigmatic machine, it will take your samples apart and re-play them in a different order, according to seed based pseudo random number generators. Every key has it’s own seed, so it creates different patterns depending on which note you play. This new instrument (ReKombinator II) is more focused on regular granular sample playback, there’s no grain order shuffle for example. This makes ReKombinator II easier to understand and extremely useful for creating drones, otherworldly ambiances and slowly evolving soundscapes. It is still an experimental machine and can generate incredibly deep sounds but it is easier to tame and contains a wealth of features not found in the original release.

You now have dynamic control of the playback speed and direction: play forward, backward, use playback or acceleration curves and freeze sound.

It contains 160 snapshots to play with and it is easy to add your own samples.

For the modulation section there’s a “step sequenced modulator”, which is a rather unique feature of the instrument. It’s a hybrid modulator, fusion of a sequencer and LFO, where you can create LFO waveforms using a sequence of values and defining the transition curves. The modulator can be used to control sample playback speed and position to play the grains in a nonlinear fashion.

Please Note: For Kontakt 5.8.1 or above, full version required - not for Kontakt Player

Granular playback means that instead of playing the entire sample in a single run, you play small fragments of the sample, gradually moving the playback start. The sample fragments are being called grains. This method is often used to change sample speed while preserving sample pitch. To avoid choppy and grainy sound, you can define grain size to be larger than the playback position step, so the grains are overlapping, which also creates a kind of sound blur effect.

Rekombinator II is using script generated notes to create grains, for each grain there’s a note being played internally. Kontakt’s AHDSR envelope is used to shape volume envelope of individual grains. As the grains are overlapping, playing a single note on the keyboard will generate many voices internally. Don’t be surprised by the high voice count on Kontakt’s voice meter.

This works towards a more uniform distribution of grains. 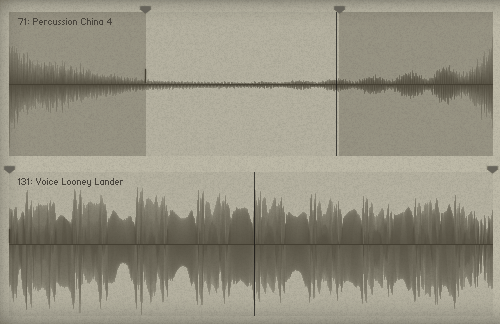 Rekombinator II modulator is fully scripted and it’s a crossover between step sequencer and low frequency oscillator. You can define a value sequence, curve parameters for value sweep between steps and then the instrument will render a waveform, which will be used for low frequency oscillator. The LFO here is technically a high frequency step sequencer, where step interval is one midi tick, which translates to 960 steps per quarter note. The waveform is rendered every time you change value sequence, step duration or curve parameters, the process is a little CPU intensive, because of the number of steps in the final waveform sequence (which can be up to 61440), so waveform parameters are not well suited for live tweaking. On the other hand, once the waveform is calculated it doesn’t take much processing power to play it back. 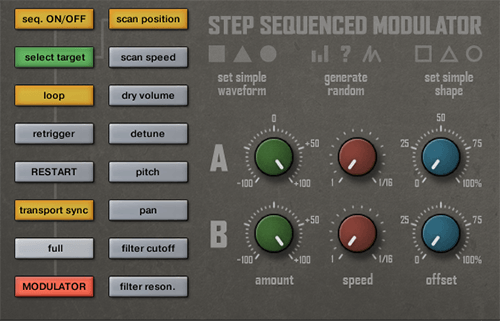 You can define up to 8 modulator waveforms and patch them to various instrument parameters. By default the modulator engine is OFF. If you don’t want to use the modulator, it’s better to keep it disabled as it is using some resources when running in the background. Modulator on/off switch is labeled “MODULATOR”. When modulator is disabled, the controllers in modulator panel will be semi-transparent, just as other controllers in Rekombinator II that are not in use at the moment. 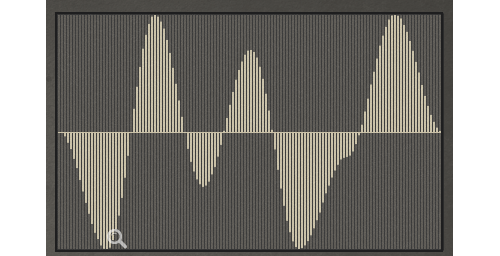 Instrument with great possibilities. It's a little CPU hungry but granular instruments globally is. Is easy to add own samples. Super modulation adds. Thank you for ReKombinator series.

I was just realising how great the original ReKombinator is and then version II arrived! It is absolutely terrific, especially as I thought 'what else can be done with granular'. The dual voicing makes for sounds, from melodic, rhythmic to outright scary and, of course you can add your own samples, as before :)