Buy this product and earn
31 Credits
How can I use my Credits?

miniVerb is an 8-bit/chiptune and lofi reverb effect inspired by the sound of 80s game consoles and retrocomputers.

Early consoles didn’t have much power for DSP effects, so the video game composers at that time had to improvise. The most common way to add a sense of space/reverb to the sound was to sacrifice one of the internal tracks to play a delayed version of the original sound, essentially using a slapback echo to add depth.

miniVerb recreates that classic digital echo/reverb sound, made famous by iconic consoles such as the NES and SNES, topping it with two flters (post/pre), vibrato, and crusher (bit crusher, downsampler, pitch shifter).

Please note this is not a Kontakt library. miniVerb is a Plugin and requires a 64-Bit host.

miniVerb was inspired by the sound of classic game consoles and retro computers of the 80s and 90s.

For even more 8-bit/chiptune sounds, check out our synthesizer plugin miniBit. 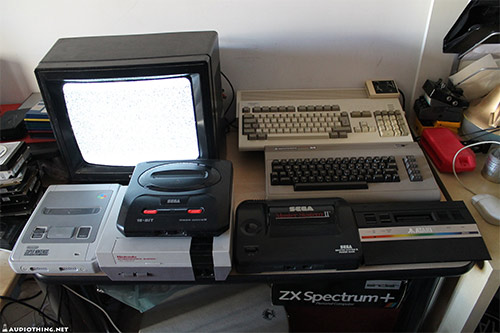 Click the DEMO icon near the top of this page.

Try miniVerb for free with some limitations: silence for 3 seconds every 45 seconds, saving disabled.

If you like it, you can purchase a license and then authorize the demo version.

The Echo Section can be used to simulate the tricks used in early video game consoles to add a sense of space/reverb to the sounds.

The most common way was to sacrifice one of the internal tracks of the sound chip to play a delayed version of the original track, essentially creating a slapback echo effect.

To achieve this NES-like reverb sound, you can use a single delay line, very short time, no feedback, and width set to mono.

To simulate a 90s fake reverb/echo (like the SNES) instead, you can play with longer times and add some feedback to simulate a reverb tail.

For a more modern approach, you can switch the Echo to Double Delay Line by clicking on the blue button (in the top-left corner) and increase the width to a wider setting.

If you purchase miniBit before September 30th you can get miniVerb for free. Please email us after your purchase to claim your Free copy.

This is a great bitcrushed, and goes perfect with Audio Thing's MiniBit synth too.