Buy this product and earn
53 Credits
How can I use my Credits?

Welcome to the 1980s: A Major New Era in Affordable Digital Technologies….

The early 1980s were a time where most professional computers and electronic instruments were well out of the financial reach of the man on the street, or indeed of most educational institutions, and yet some very clever individuals managed to find a way to deliver sometimes surprisingly usable systems with affordable price tags…

In the UK two companies famously went on to dominate the race to produce affordable home and educational computing systems namely Sinclair Research and Acorn Computers. The head to head battle to gain market dominance for home computer supremacy in the 1980s was dramatised in the 2009 film Micro Men (BBC Four) documenting the sometimes intense rivalry between Sir Clive Sinclair (played by Alexander Armstrong) and Chris Curry (Martin Freeman).

The BBC Micro eventually won out as being the educational computer of choice in the UK with over 1.5 million sold into schools, colleges and university research labs. Both the Sinclair ZX Spectrum and the BBC Micro spawned what became a whole generation of home computer “bedroom coders” who went on to form the very foundation of the modern computer game industry. The UK’s contribution to what is now one of the biggest industries in the world cannot be underestimated.

What also cannot be ignored is that one of the BBC Micro’s key designers was Sophie Wilson, the very same legendary genius who co-designed the ARM Processor (originally standing for Acorn RISC Machine), which went on from its humble yet ground breaking roots in the 1987 32-bit Acorn Archimedes desktop computer to eventually finding its way into almost every mobile phone on the planet!

The BBC Micro was unusually well endowed with expansion ports and turned out to be the perfect host for a plethora of add-on peripherals. This included Hybrid Technology Ltd’s Music 500 system which was initially branded as an Acorn product but eventually became the Hybrid Music 5000 system following a major update to the software supporting the synth module.

In a market largely dominated by analog synthesizers the MUSIC 5000 was in many ways not just affordable but actually rather ahead of its time. Originally designed by Chris Jordan it was somewhat close to being an inexpensive variant of Hal Alles’ proposed “Digital High Speed Oscillator System”. Detailed by Alles in 1979 in a paper called “An Inexpensive Digital Sound Synthesizer”, it originally formed the basis of the huge Bell Labs “Alles Machine”, the eye-wateringly expensive 1979 Crumar G.D.S. and the Digital Keyboards Synergy. All of these systems used a bank of wave-tables which were played back using the digital “phase-accumulation” method. Having accurate high-speed phase control over the wave-tables allowed mathematical operations to be applied between pairs of oscillators in hardware in real-time. In the case of the MUSIC 5000 this permitted amplitude, phase and ring-modulation and osc-sync, all in the digital domain. Up to 8 stereo channels with 24-bit frequency control accuracy clocked at 47KHz could be utilised in a single sound or a number of different sounds played concurrently (multi-timbral). This was pretty impressive for an affordable digital music synthesizer module which was first released in 1983. Even more impressive is that the whole thing was implemented in a handful of stock logic and RAM chips on one pcb!

Unlike its more expensive 16-bit counterparts the MUSIC 5000 produced its output at 8-bit resolution but it used companding u-Law converters which sounded more like 12-bit audio thanks to their improved low signal level accuracy.

Obviously by today’s standards the MUSIC 5000 is very much outdated and pretty primitive but, like so many early offerings, it has a unique character all of its own.

All Controlled by a Computer Language called AMPLE?

Unusually the MUSIC 5000 low-level control method was more akin to something found in a research lab ie. all of its synthesis and music production functions were programmed at the command line in a language called AMPLE. Although there were later front ends offering basic user interfaces to make things a little more friendly, the programming language still interfaced with the hardware itself.

Nope.. not originally – the user had to hand code his music compositions into the computer. Later a keyboard was produced… and very much later I designed a custom MIDI interface which was put to great use to produce this library! 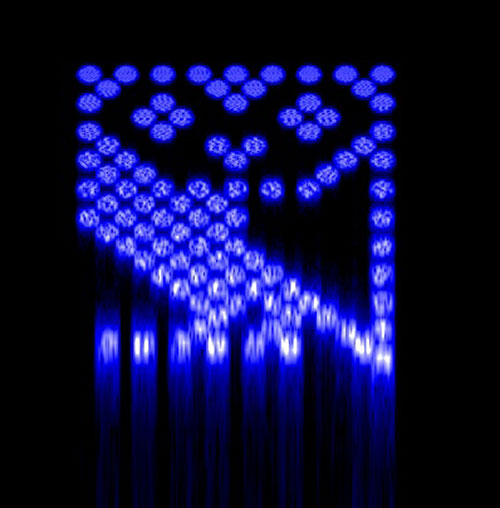 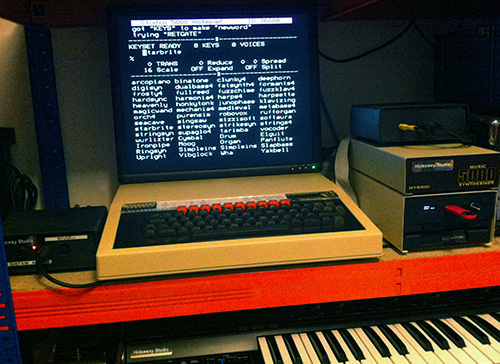 A very big thank you to Mark Haysman at RetroClinic for supplying the MUSIC 5000 synth module and helping me to upgrade the Acorn BBC Micro with a Gotek HxC floppy emulator.

For more information and many more releases for Kontakt by Hideaway Studio please visit: www.hideawaystudio.net 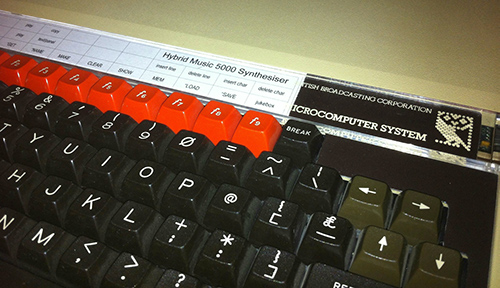 Well, as the title says, this instruments lib as huge sounds. Gorgeous "spacy"sounds,with nice 'lil modulation here and there, big bottom, great filters eq, sat touch to colour enough patches. Each sounds are carefully mastered in the way that you open it and can play with it right away. Again well done Hideaway Studio (clap clap) Worth the penny for sure who likes big sounds with a great large palette for ambient stuff but not only.

Wow, as almost every synth from Hideaway Studio this is really excellent, lush and warm sounding. Crazy good.

I love learning about instruments I never knew about. Hideaway always does a great job of digging up the esoteric. This library is great for having some real character in your eighties homages and also is very useful for ambient. There are great features here and the character is this library is what makes it a triumph. Love everything Hideaway does.

More from this label View all