Buy this product and earn
56 Credits
How can I use my Credits?

'Cinematic Head Nod' from Strategic Audio is just as the title suggests. This is a new hip hop sample pack is filled with musicality and hardcore hip hop edge at the same time. The sound is cinematic yet keeps your head nodding as raw hip hop does! It features five Billboard-ready Hip Hop Construction Kits. WAV and MIDI loops are available.

The kits here are inspired by the epic and often orchestral sound of movie scores and soundtracks, blended seamlessly with elements of both Trap and Boom Bap. The focus is on pianos, strings and orchestral sounds along with big epic synth sounds. Our original sound design work is incorporated. These kits are also inspired by artists and producers such as Metro Boomin, Nick Mira, Just Blaze, Zaytoven, J Cole, Kendrick Lamar and Eminem.

With approximately 250MB of epic strings and orchestral sounds, melodic pianos, guitars, basses and drums, this kit is a must have for any producer. Use them in your favourite DAW with ease!

All sounds have been processed by the latest top of the line plugins like Focusrite, IZotope and Waves for that album and radio-ready sound.

Sounds in this pack 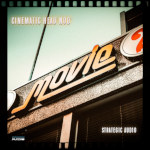 Rugged and melodic pianos, plucks, dirty synths, strings and guitars along with drums and percussion.

Full of the laid back, organic, soulful sounds you need for that chill/music to vibe.

Smooth and melodic pianos, synths, strings and guitars, along with drums and percussion.